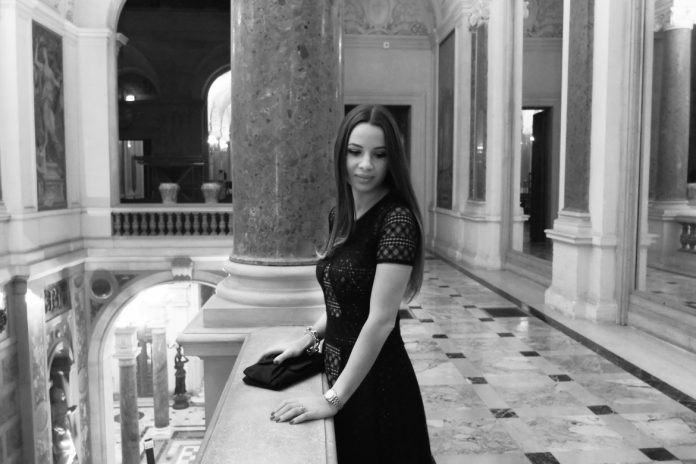 Last night it has been held the long-awaited Golden Blog Awards 2015.
A year later, a year later many great emotions, a year after my nomination, last night I was proud to be in the jury of the competition that has been a kind of consecration of my blog La Coquette Italienne in France. I was more excited then the participants as I knew what they were feeling right before their name to be pronounced.
A chill that goes down your spine and the adrenaline that goes up and up and that makes that moment on the podium last an eternity. Once again, a backdrop to this magical event, the majesty of the Hotel de Ville in Paris.
For the occasion, I took my dress on a website which I really rely on: The Place to dress. This website is definitely my dream as everything is really dedicated to clothes and in the end after a long indecision, I chose to wear the dress which was more in line with my style, rather than to aggressive ones but still stylish and sophisticated by the brand BCBG Maxazria. As for the shoes, I dared a pair of decolletes of black suede and details in “pony” by Anaki Paris.
I take this chance to thank everyone who supported me in my project and to congratulate with the new winner in the fashion category: Hellafreshblog!

The best of Milan Fashion Week 2014

MADE TO MEASURE SUNGLASSES by Lissac

7 NATURAL COSMETICS YOU WILL LOVE

In Paris, in this period there are no precise rules! Although we are in high summer, last week the cool and breezy weather, almost...
Fashion

Today with this article I can finally inaugurate my blog section dedicated to jewels and bijoux. Jewels are the most important accessories. Firstly as they let us...