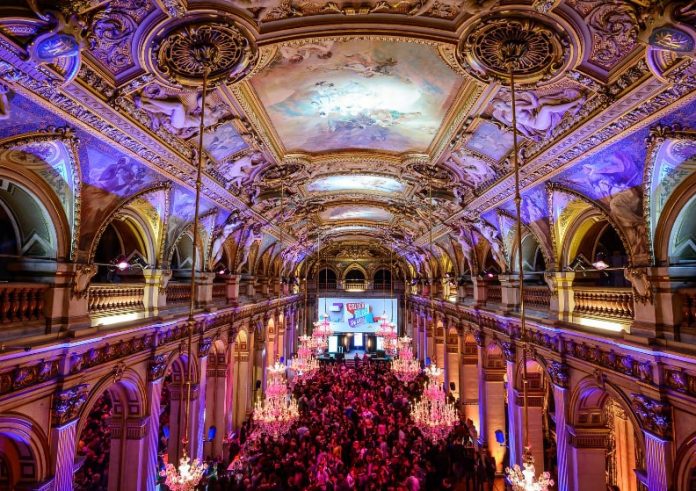 Goodmorning world! I am very happy to announce that La Coquette Italienne has been selected as the winner of the Golden Blog Awards 2014 in Fashion!

Wednesday 12th of November into the magic frame of the Hotel de Ville in Paris, I was already proud just to be among the 10 finalists; when the presenters spelled the name of the winning blog I felt an emotion which is quite difficult to describe but definitely big and mixed to a huge satisfaction!

My ordinary scepticism had been defeated and had been left its place to the emotions and to the immagination. After a long selection among more than 15.000 blogs in the end, I had won!
I am really greatful to all of you that supported me and believed in me, to the jury of experts which voted me, especially to Marc Le Bihan Opticien, fashion partner of the cerimony, and obviously to the City of Paris adn the digital agency Les Comptoires, which organized the contest.
But also to everybody who tweetted, tagged or contacted me and which I could reply yet. All this will be a new motivation to improve and to put even more passion to my job.

In fact, in conjunction with this prize (which has been alreadt placed in my Parisian home), the musical project which I featured in my last article has started: LCI Music Paris! The tracks contained in this article is dedicated to the Golden Blog Awards 2014 and to this fantastic result.

I leave you to the rhythm of its notes, which could leave a room to your fantasy and immagination and that somehow can immerse you in the atmosphere betwen anxiety and determination that I experienced during this 5th edition of the Golden Blog Awards.

The comfy-chic suit not to be missed

I understand what's best to recharge my energy and relax my mind: take a break from the world and from my frenetic work and...
Fashion