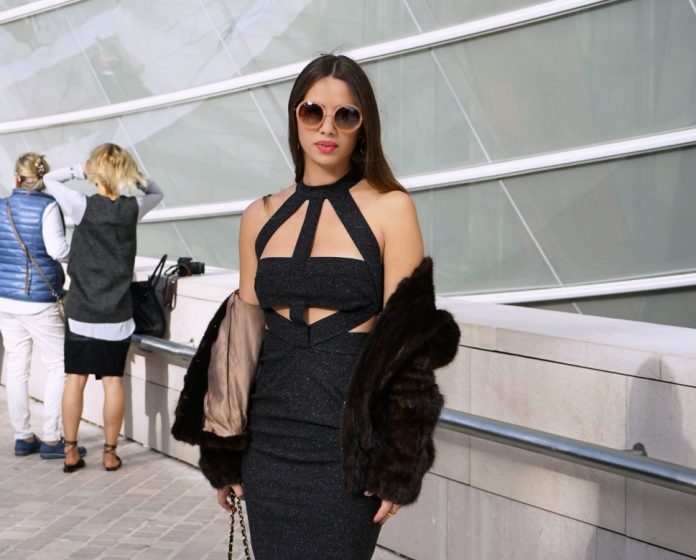 I want to dedicate this post entirely to the daring colour looks which I chose during the last Paris Fashion Week 2015. Strangly last week the weather has been pretty nice for Paris in Autumn and this allowed me to play with fantasy and to alternate clothers from warm furs to even very light textures. These big contrast definitely featured all my outifits. I chose a quite contemporary style, very coloured and surprising in the details, as the one of the dress mixing transparencies and neoprene with the purple shades or as the fur in merino shearling with the kimono cut, but what is better than look and feel directly from the photos?!

Neoprene Violet Dress: As I Am Paris

Dress cutouts at front : As I Am Paris

Shoes: As I Am Paris

ASHLEY GRAHAM HAS HER CURVY BARBIE

The Vogue Fashion Night Out in Paris has now finished since 2 days. I just remember that at the end of that night I...
Fashion

All my outfits of the PFW fall / winter 2017 are now online! Many of you have asked me about about one or the...