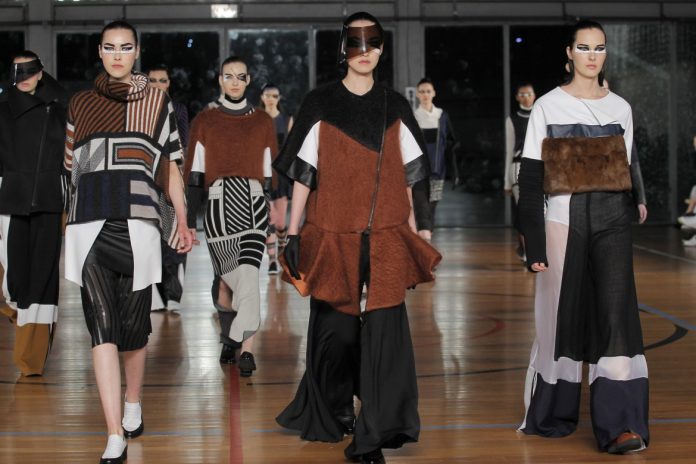 The Portugal Fashion Week this year celebrated its 20th anniversary with four exceptional days, in which 31 fashion shows ad been held into two fantastic and suggestive cities: Porto and Lisbon.

The line-up of this exciting week included some of the most important brands in the Portuguese fashion scenario, like Luis Buchinho (who celebrated 25 years of career), Fatima Lopes, Julio Torcato, Nuno Baltazar, Storytailors and Pedro Pedro.

Among the many young creators instead, Daniela Barros, Diogo Miranda, Hugo Costa and Estelita Mendonca definitely emerged and excited the shows attendees.

The theme behind this 36th edition of the Portugal Fashion it’s “Reflector”: a tribute to the portuguese fashion which reflects the image of a modern, dynamic and creative country. As locations of the shows, some of the most beautiful building of Portugal, and especially of Porto and Lisbon, have been selected, such us the Escola Rodrigues de Freitas or the Palácio dos Correios, the Palácio da Bolsa and the Edifício da Alfândega.

2 trendy addresses to have lunch in Paris

I’m pregnant how I dress? Before discovering that I was pregnant I always thought it was impossible to be able to dress with style...