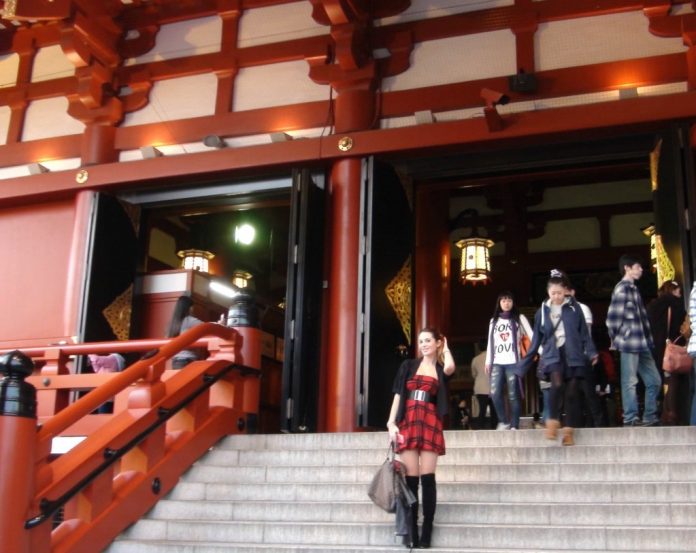 Rule number 1: never neglect the blog. But this time I did it, sorry. But I had a good reason! I was convinced that in ten days in Japan, there were times when I would have time to write. Instead, when arrived in Tokyo, the desire to discover any custom, tradition, particular district, has gained the upper hand and my ten days proved to be too few to be able to do everything I had planned. A mix of colors that captured the look, the omnipresent Japanese songs on the street, on the subway, in stores, the continual repeat a sort of “thank you”, the scent of gyoza (Japanese ravioli) coming from every small restaurant overlooking the street , the immeasurable amount of people standing in line at an intersection or on the subway, vending machines for drinks every hundred meters and game halls pachinko (a game that makes crazy Japanese) spread almost everywhere. Every district in Tokyo is worthwhile visiting, because each district is totally different, and for a tourist like me, this is a stimulus to curiosity. I initially move by taxi, and after I finally convinced that I must not open the door because it’s automatic, however I decided that I preferred to use the metro (very easy) to move from one area to another in Tokyo very quickly and without trying unsuccessfully to make myself understood by local taxi drivers. These days I learned that Japanese food (the real one) makes me crazy, that most of the Japanese girls (except some beautiful exception) are not dressed with the kimono, but with skirts fluttering “college style” and calzettine up to the knee , that in a country of culture and rigid caste dominate everywhere “salons of love,” the love hotels, erotic karaoke, etc., that there are so many fantastic products for facial care at affordable prices and that you can get around super relaxed because in this world there is no kind of petty crime.

The main neighborhoods that I visited in Tokyo are:

Another thing that made me fall in love with Japan are the gardens, manicured and relaxing, able to reproduce all the beauty of nature in a limited space, where you forget time and you can get lost in contemplation. I recommend you start with these:

A velvet and lace look

https://soundcloud.com/lcimusic/eardress001 Music and Fashion: the perfect combination. Music accompanies my days, all along, it scans their duration, it makes them unique, connects them to precise memories,...
Lifestyle

A corner of paradise: Halong Bay. I left Hanoi on board a romantic cruise ship to spend two days relaxing in Halong Bay. On...
Go to mobile version